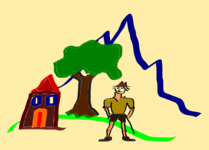 A script is used to create works on another dimension, than a simple text or poem. It can take the form of a storyboard, a descriptive comic strip. It can also be a text, or a song, drawings, a book to remodel. The book to be remodeled is necessarily creative, or rather of a style a little visited.

The script can therefore be used to summarize a future work, whether it is a novel, a comic book, a music or a film. The novel will thus support an introspection’s work, allowing to detail the scenario.

We are then interested in a theme, dealing with certain details, or in a substance’s work, in order to highlight a major part of his future details’ work. The theme can be a characters’ visual, done with a simple lack detected by its readers.

We also put in the script that can be forgotten. Anything in the way must be reviewed or removed. But its chosen theme and rendering matter.

Working on a script, even if it is not finished, helps to educate his mind to the theme worked on. That is important is growing his work, not the result’s goal.

Write a script, in order to work his story on a theme, dealing with some of its details...

How to Write Stories ?

Here is the ebook. Here and here are sources.

Here are the slides.

Source is here and here.

Also in this section