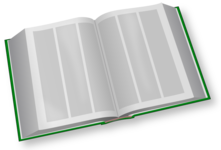 A nominal sentence is : * A central word. * Verbal phrases around or a dialogue. * A metric - syllables.

A verbal sentence is : * Someone or something - the subject. * An action - a verb. * A qualification, a subject – complement. * A metric - syllables.

Giving meaning to a sentence enriches our texts. Thus, while supporting it, we seek to find the rhythm.

To make the reader understanding easily, simple sentences are used. They have got : * Subject. * Verb. * Perhaps a complement.

To make the sentence complex, several subordinate proposals are added to the main proposal. The reader can repress such phrases.

Having written poems, music allows your sentences to have a harmonious rhythmic. It’s better to record yourself reading your sentences and then listen to yourself. Having a rhythm in mind helps to understand the reader.

There are several circumstantial complements, time, manner, place, direct and indirect. There is also the name’s complement.

Here is an example of a subordinate relative proposal : * I like the ones that love.

Using a verb at the end of a sentence helps to accentuate the emotion on the subordinate proposal.

A short sentence is better understood.

Here dialog is highlighted. This sentence is more accessible here, since it transcribes the dialogue, so it allows to feel movement.

Here is an example of a subordinate proposal conjunctive : I said I was fun.

In a story, using dialogues gives reality. The subordinate conjunctive proposal is used when analyzing or explaining.

Here is an example of a subordinate circumstantial conjunctive proposal : * I’m at my friend’s house, having fun.

Here, too, the proposal at the end of the sentence is stressed. This proposal makes it possible to generalize your sentence. The same more precise phase without a subordinate proposal : * I am having fun at my friend’s house with her games.

If we use a proposal, we can be less precise. That is why, seeking objectivity, or meaning, allows you to find the best sentences.

Create a story by repeating the beginning of sample sentences.

How to Write Stories ?

Here is the ebook. Here and here are sources.

Here are the slides.

Source is here and here.

Also in this section

What is Writing ?
Finding to Write
Liking Writing
What is so Written ?
The Word